15 Best Superfoods That Fight Colds - And How They Work

There’s a saying - “You are what you eat” - and this is certainly the case when it comes to fighting colds! If you thinking you’re starting to feel under the weather, try incorporating some of best superfoods that fight colds into your diet to help ward off illness.

As we head into fall and the start of cold season, all of us should be doing our part to prevent getting sick. Regular hand washing, frequent exercise and having a flu shot are proven methods of fending off sickness. However, one effective strategy is by building up your immunity by eating superfoods that fight colds. If you feel a tickle at the back of your throat, don’t rush to taking an over-the-counter remedy; instead, try adding these natural coldbusters to your grocery list.

Oily fish, including salmon, tuna and mackerel, are rich in omega-3 fatty acids which helps reduce inflammation in your body. Chronic inflammation prevents your immune system from working effectively which can lead to the development of illness, making fish one of the best superfoods that fight colds. 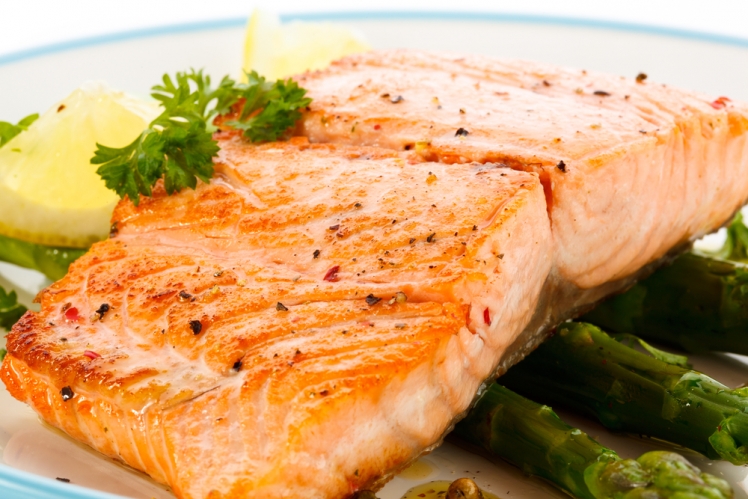 This less-than-common flowering plant in the carrot family is a natural expectorant, which means they increase the bronchial section, helping clear chest congestion and soothe persistent coughing. Fennel can be eaten either raw or roasted, but the best health benefits come from drinking tea made from fennel seeds. 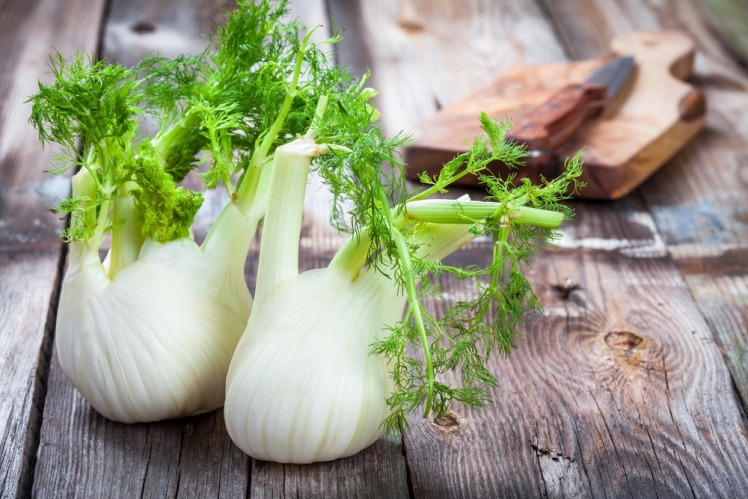 Most varieties of this edible fungi contain immune-boosting antioxidants, as well as potassium, Vitamin B, and fiber. Also, in addition to containing virtually no fat, sugar or salt, numerous studies have revealed that mushrooms may help reduce the risk of heart disease and cancer. 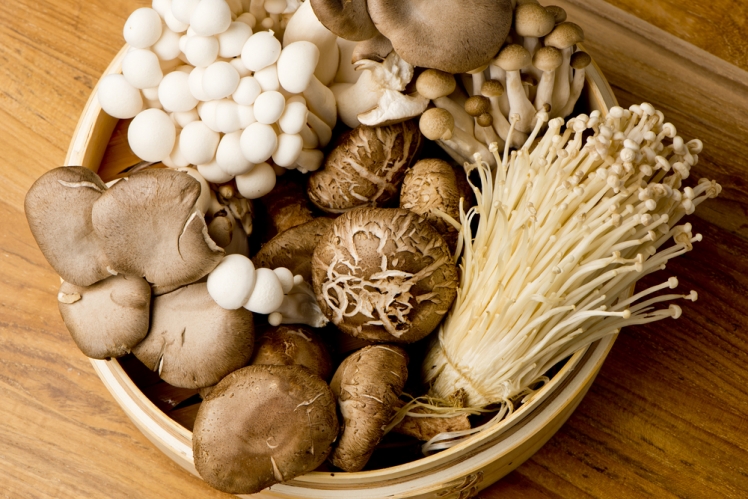 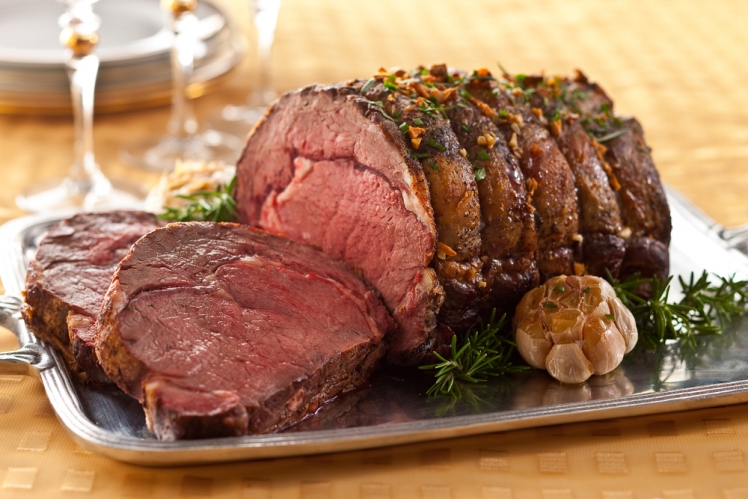 Chicken soup was likely one of your mom’s favorite superfoods that fight colds—and for good reason! This age-old remedy combines many elements that can help lead to a speedy recovery. The chicken contains cysteine, which helps thin mucus in the lungs and the hot broth helps to keep nasal passages moist, prevent dehydration, and fight inflammation in the throat. 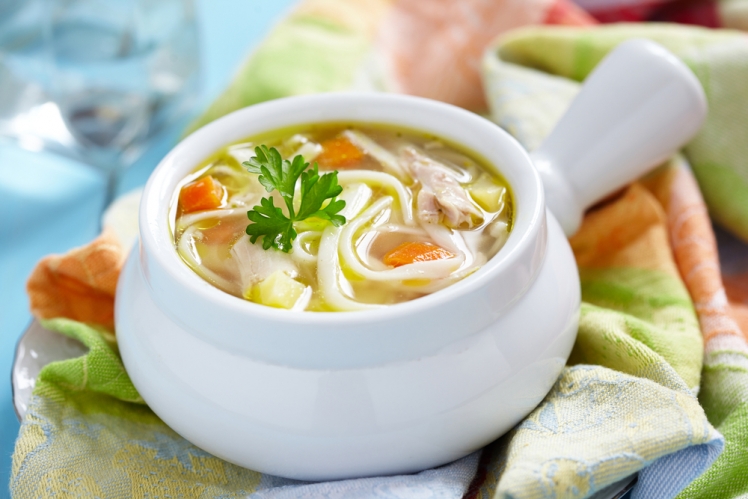 Remember hearing “An apple a day keeps the doctor away?” There’s a lot of truth to this classic saying. Apples are one of the best sources of antioxidants in our diet. In fact, one apple has an antioxidant effect equivalent to 1,500 mg of Vitamin C and are also full of protective flavonoids, which may prevent heart disease and cancer. 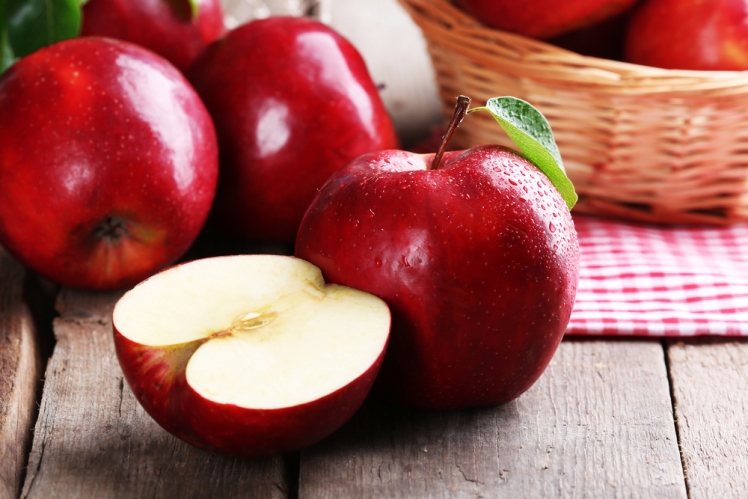 While many spices have significant health benefits, research has shown that turmeric and cumin especially help to increase your immune system. Turmeric contains curcumin, which may reduce allergy symptoms and ward off colds. Cumin, taken ground or whole, is rich in Vitamin A and C, which can help fight off sinus infections and colds. 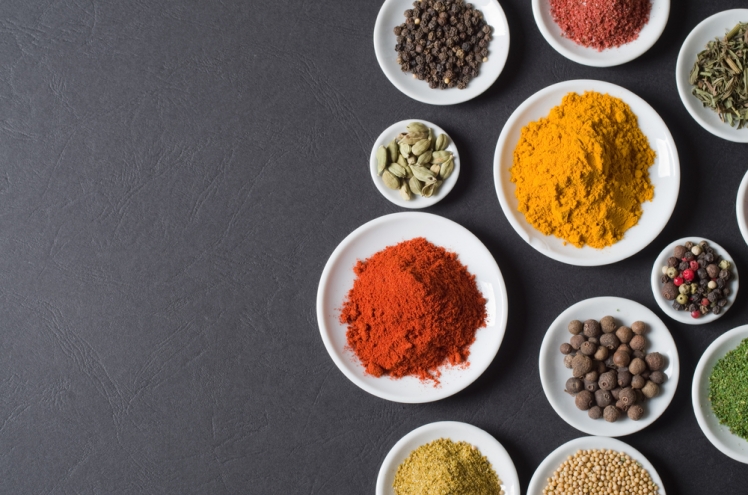 This seed-filled green fruit is loaded with antioxidants Vitamin C and Vitamin E. Vitamin C not only helps fight a cold or flu, but it is also effective at preventing illness from happening in the first place. Vitamin C helps to increase the production of antibodies and white blood cells, which together work to fight against infection. Additionally, Vitamin E helps produce immunoglobulins, which act as our bodies’ own personal bodyguards.  The work of these two illness-fighting vitamins make kiwi fruit one of the best superfoods that fight colds. 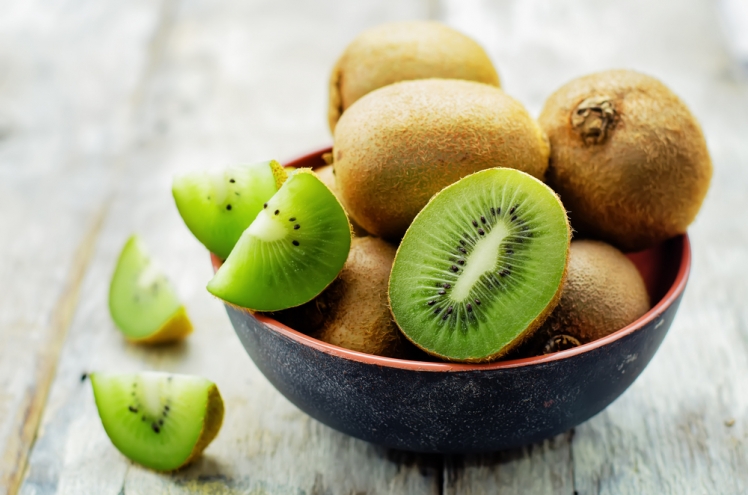 Forget a spoonful of sugar—consuming honey and cinnamon at the first sign of a cold or cough is a good preventative measure to take. The biggest advantage of honey is that it contains a combination of antioxidant, antibacterial and antimicrobial properties that fight against viruses, bacteria and fungus in order to treat a developing cold and its underlying symptoms. Cinnamon is also beneficial as it contains anti-inflammatory, anti-bacterial and antioxidant properties. 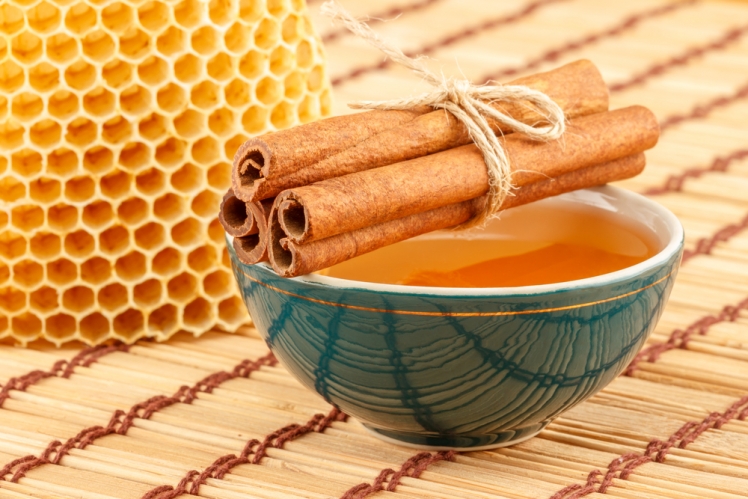 Garlic could probably be considered nature’s most potent natural remedy. Research from Washington State University showed that garlic is 100 times more effective than two popular antibiotics. For example, a chicken soup based on more than 50 cloves of garlic will destroy any illness that tries to make its way into your system. To get the most out of garlic’s flu-fighting properties, chew a raw garlic clove every three or four hours. 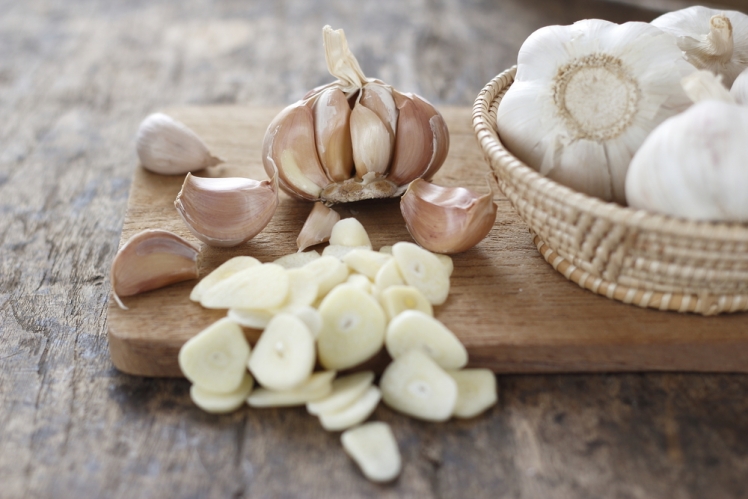 All varieties of berries have high concentrations of antioxidants that fight off flu and cold viruses, but blueberries do so with the most gusto! When tested against other foods, blueberries contain the highest antioxidant capacity of all commonly consumed fruits and vegetables. 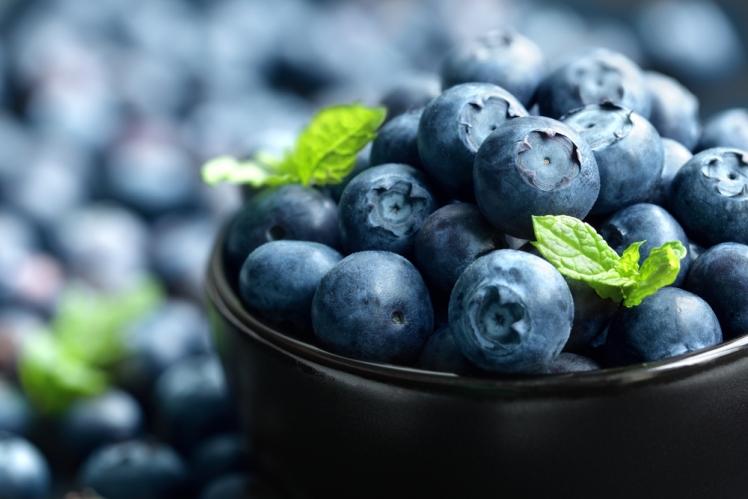 There are more than 10 trillion bacteria living in our gastrointestinal tracts that are essential for our overall health, but it’s important that there’s more good bacteria than bad. This is accomplished by including a daily dose of probiotic yoghurt into your regular diet. This can also help boost your immune system which helps your body naturally fight off illness like the common cold. 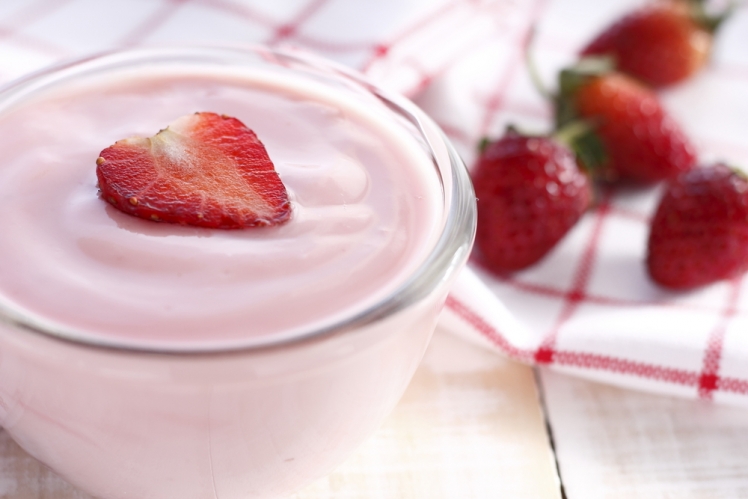 One medium sized egg contains 6.8 grams of protein, which helps keep your body strong. They are also rich in vitamins and minerals, including B6 and B12, which help to form a healthy immune system. 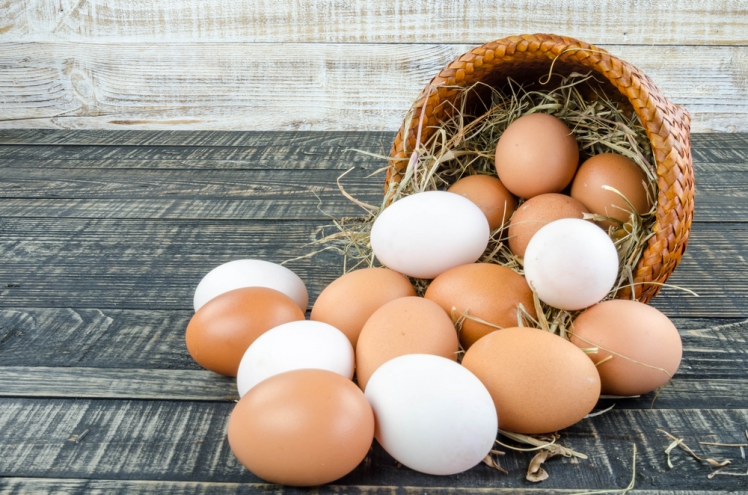 Not only is this sweet vegetable low on calories, but research has also shown that they have twice the amount of Vitamin C compared to most other Vitamin C-containing fruits and vegetables—including oranges. 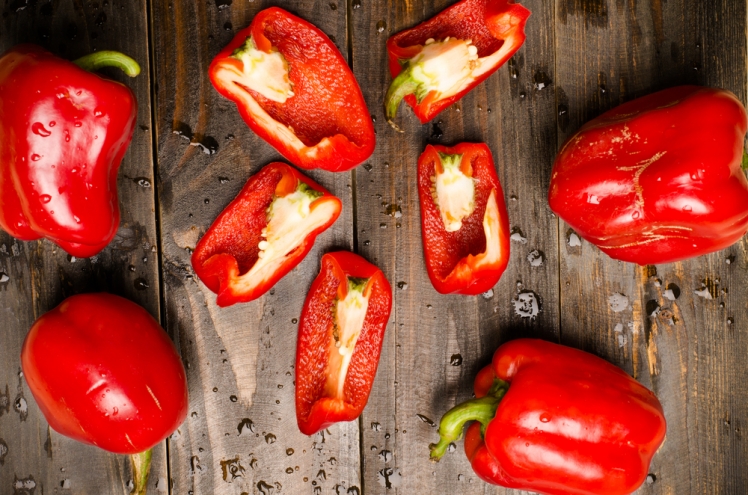 Getting your kids to eat this green, tree-like vegetable may be like pulling teeth, but it is a great source of Vitamins A, C and E. They are also high in glucosinolates which help to stimulate your body’s immune system. 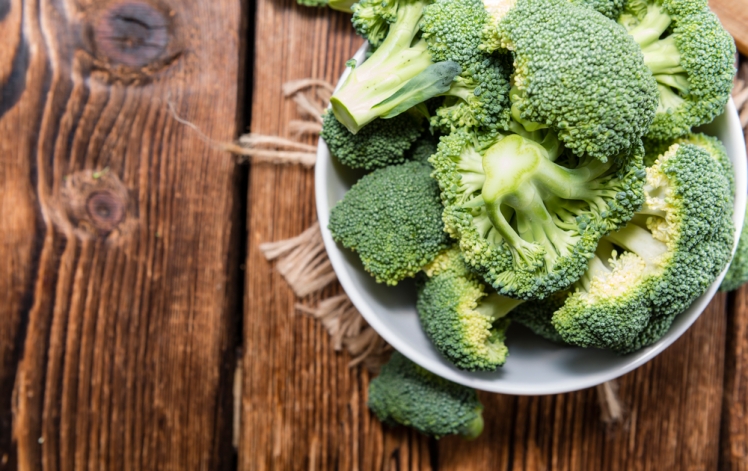