The BBC Good Food website looked into the phenomenon of using activated charcoal as the latest trendy food supplement and the potential benefits.

It is a relatively new supplement to emerge on the market and more people are discovering it and it’s range of uses and the benefits it brings to the body both internally and externally.

Here are 12 common uses for activated charcoal, what it can be used for, and some of its many health benefits:

The main function of a healthy working kidney is to filter out toxins and impurities from the body as well as unwanted drugs and other undesired flotsam in the bloodstream.

Activated charcoal appears to be effective at removing toxins that come from urea which itself is the main product of the digestion of protein in the body. Some initial studies on animals have shown that activated charcoal helps improve kidney function and reduces gastrointestinal inflammation and damage. Rats with chronic kidney disease were given activated charcoal in a medicine and they had significant reductions in both intestinal damage and inflammation. 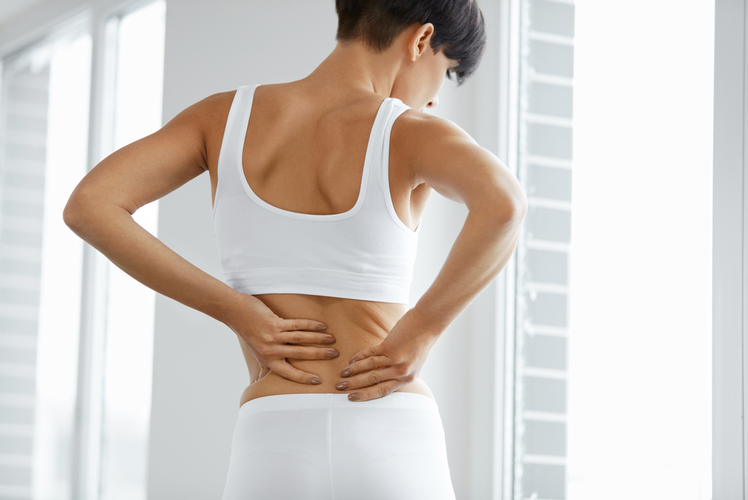 Everybody can feel a little full after a good meal sometimes and depending on the ingredients for some time afterwards causing internal discomfort and a bloated feeling.

Activated charcoal is thought to be able to disrupt the build up and accumulation of intestinal gasses and the bloated feeling. Liquids and gasses in the intestine can pass through the millions of tiny holes within activated charcoal and this process helps to neutralize them.

A 2012 study found that patients with a history of excessive bloating and intestinal gas took activated charcoal and then submitted to an intestinal ultrasound examination.

The medical examiners found that they had a clearer picture of the internal organs than previously thought as they expected the areas to be obscured by a build up of intestinal gas. Other patients in studies reported significant reductions in abdominal pain and bloating after taking activated charcoal. The findings are so positive that the European Food Safety Authority are close to actively supporting the use of activated charcoal as a specific way to reduce excessive intestinal gas build up. They are recommending that 1g is taken 30 minutes before and after a meal for maximum benefit. 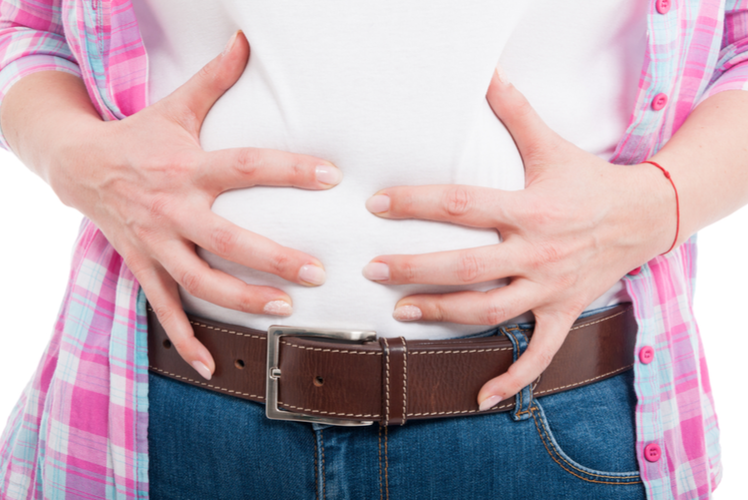 While people have been using activated charcoal as a natural water filter for years, research has now been able to prove the benefits of drinking water that has been filtrated using this method.

In the same way that it works inside the body and intestines, activated charcoal works to absorb bacteria, fungus, chemicals, viruses and toxins present in water before they reach the gut. Many industrial water filter operations use activated carbon as part of their process and many of the popular in-home filtration systems use activated charcoal in their carbon capture cartridges.

A study in 2015 found that activated carbon removed 100% of fluoride in 32 unfiltered water samples within six months of installation. 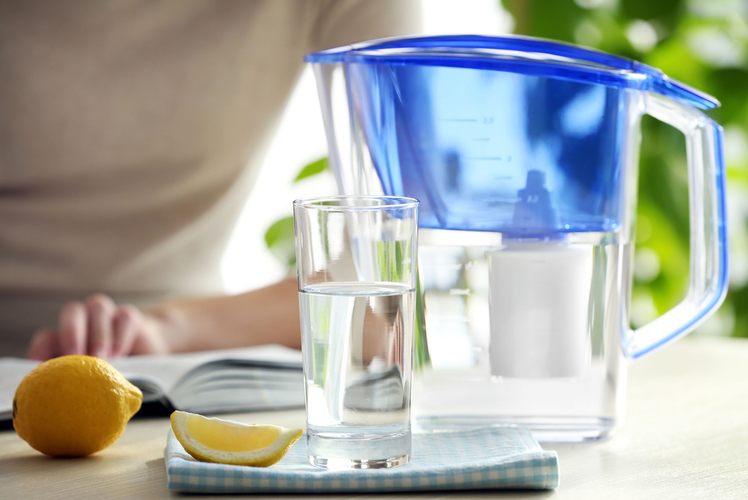 It might sound fanciful as activated charcoal is black but dozens of the most popular teeth-whitening products available on the market contain it as an active ingredient.

Because it has many oral health benefits including antiviral, antibacterial, anti-fungal and detoxifying, it is ideal to help remove the built up plaque, bacteria, food and dirt that stains teeth and stops them achieving their full natural whiteness. 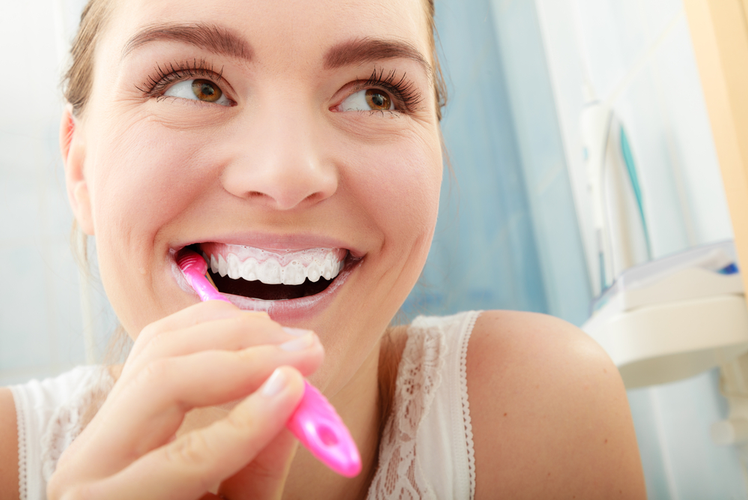 We know some of the benefits and advantage to the body that activated charcoal can bring but what about outside of the body? Can it help clean and remove impurities as it does on the inside?

The answer is yes. Researchers have reported that activated charcoal works on drawing micro particles that stick to the surface of the skin such as dust, dirt, toxins, chemicals and bacteria to it, make them easier to remove as part of a regular bathing and cleansing regime. 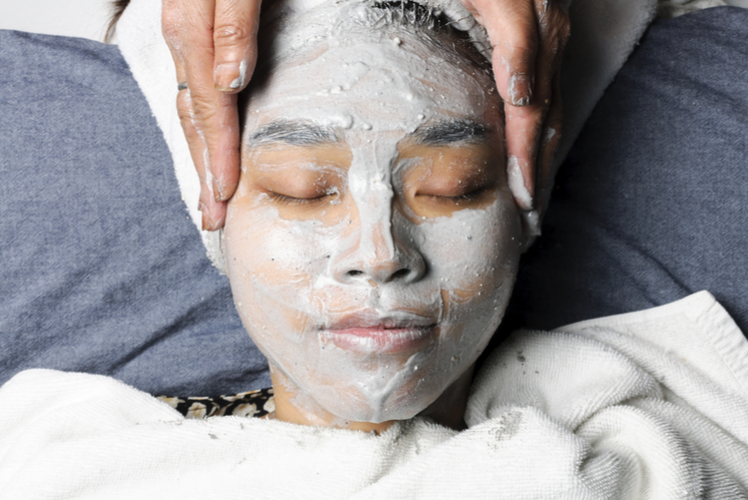 Most people use their regular deodorant or antiperspirant that is perfumed and looks and smells nice but again, considering the proven positive properties of activated charcoal, could it be applied to a deodorant?

Again the answer is yes. There are many deodorant products that are widely available with activated charcoal as an active ingredient. It absorbs harmful gases and lingering smells making it ideal to clean not just underarms and other personal areas but also shoes and fridges.

The ability to absorb and neutralize excessive moisture and humidity at a micro level make it a tremendous natural alternative to regular products. 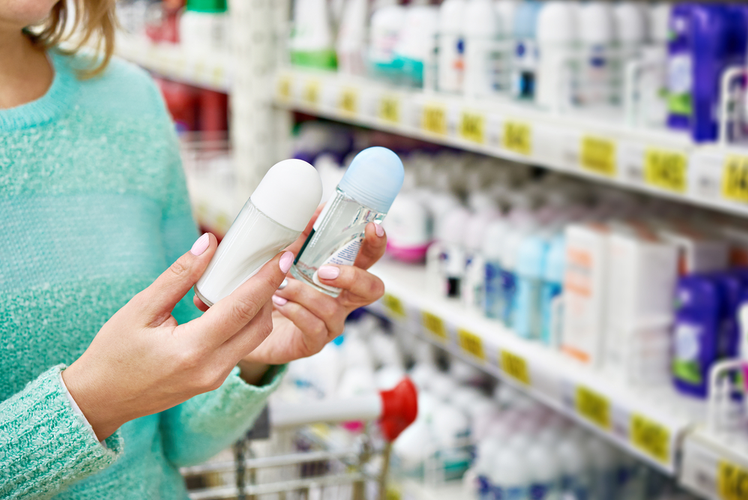 One of the curious truths of the modern world is that a lot of the recently discovered and new knowledge has been known by native populations and medical practitioners for centuries and has just come into wider popular knowledge.

For instance many traditional and holistic medicine practitioners have used activated charcoal in their remedies and potions. Some use a powder made with coconut shells to treat soft tissue conditions such as skin infections and wounds. Activated charcoal can have a powerful antibacterial effect on these areas because of its proven ability to absorb harmful microbes and toxins from affected areas. 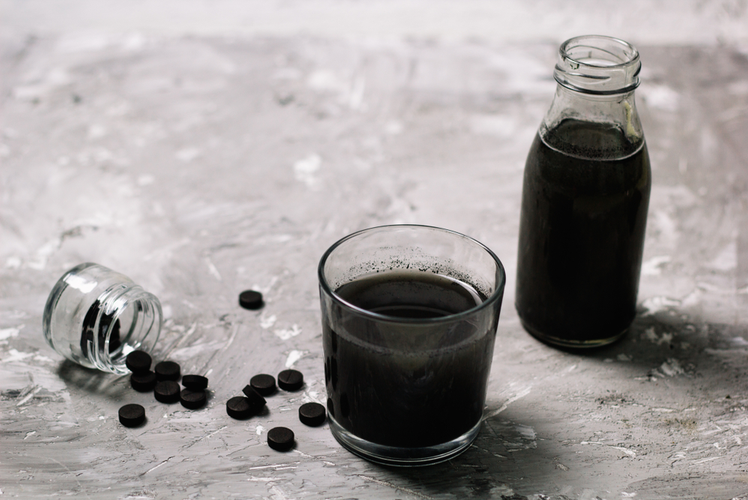 It’s common knowledge to doctors, nurses and other emergency room medical staff but not to the public that activated charcoal plays a major life saving role.

When anybody is brought in after taking an overdose of a toxin or drug, it is said that their stomachs are pumped. What this actually means is that they are given a gastrointestinal decontamination which a mixture including activated charcoal to be given by mouth or in a feeding tube.

By giving it to patients in this method it can absorb and bind the harmful toxins in the body so as it passes through the body of the patient naturally, it is removing the substances that are causing the most damage, giving them the best chance of recovery. 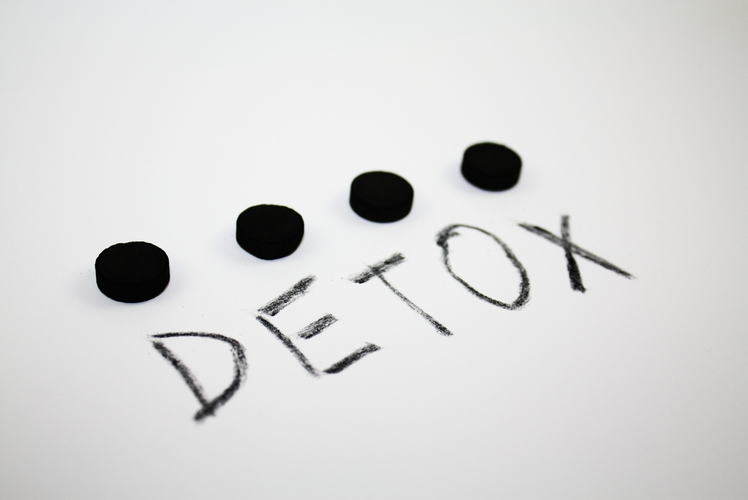 Many people have one too many drinks when they are enjoying themselves and pay for it the next day with a hangover. They blame this on the excess alcohol but it is actually other attached toxins that are causing them to feel bad.

Activated charcoal is not a miracle cure for a hangover but it can help by absorbing these harmful toxins and bacteria that contribute to the poisoning of the body. The artificial sweeteners and other chemicals in drinks are usually the culprits and research has shown that if activated charcoal is taken at the same time as alcohol then it can significantly reduce the concentrations of blood alcohol levels in the body. 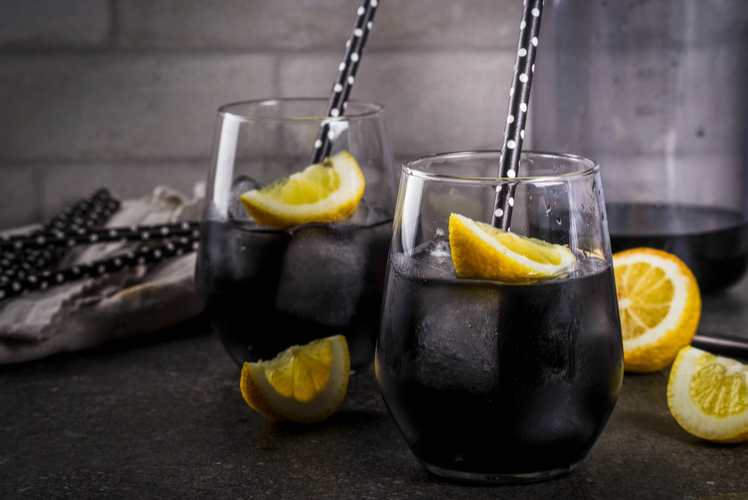 One of the most under reported conditions that can cause people seriously health problems is internal toxic mold. This is surprising given the range of symptoms and conditions it can be responsible for.

Kidney and liver disorders, decreased brain function, heart disease, headaches, vomiting, impaired immune systems, breathing difficulties and depression. Wherever there are damp and or humid conditions and poor ventilation, mold can thrive and enter the body.

Activated charcoal can help if taken in small quantities to soak up and absorb the harmful toxins and bacteria released by the mold and as an additional bonus can be used in the cleaning materials used to remove mold from household surfaces making sure that there are no lingering samples. 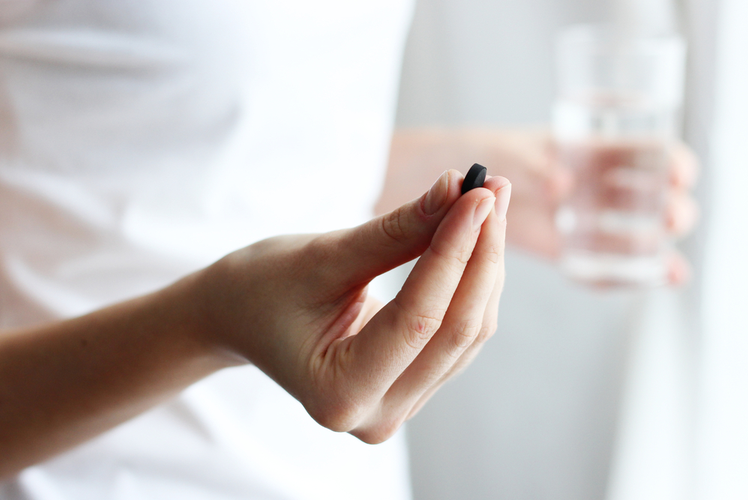 Taken in entirety, the many beneficial properties of activated charcoal in fighting off nasty toxins and keeping the body clean and healthy obviously have benefits on keeping the body as fit as possible and looking it’s best. These are the key components of a wonderful anti-aging supplement!

By preventing cellular damage to kidneys and liver as well as helping keep adrenal glands healthy, activated charcoal stimulates the body’s own natural defences to fight the harmful entities that cause ageing and ill health.

Nothing can turn back the clock on the ageing process but by taking good care of your diet, health and cleanliness, which activated charcoal can help with all three aspects, you will remain in peak condition for longer. 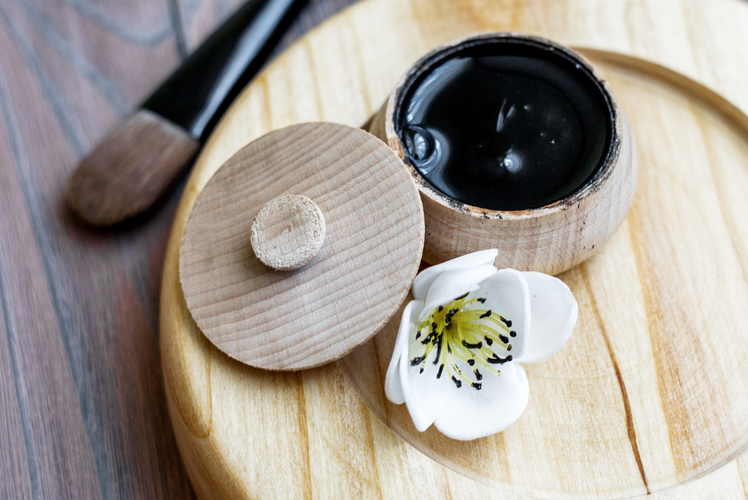 The beneficial effects of activated carbon in the digestive system has been established so it stands to reason that it could be an effective diarrhea treatment.
Researchers found that activated charcoal preventing bacteria and drugs in the body that cause diarrhea to be absorbed trapping it in the porous textured surface of the intestine.

Unlike some of over-the-counter and traditional diarrhea remedies, activated charcoal has very few side effects and can be taken anytime and in many forms. 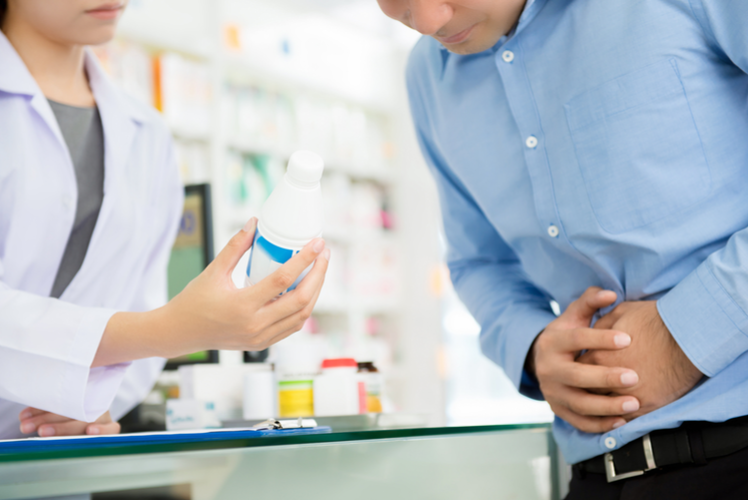