Breast cancer is often diagnosed following the discovery of a lump or piece of thickened tissue in the breast. Though the majority of breast lumps are not signs of cancer, any breast that you suspect has become cancerous should be checked by a doctor.

For breast cancer, there are various treatment options - including radiation, surgery, chemotherapy, targeted therapy, hormone therapy, and bone-directed therapy. Research regularly sheds new light on how breast cancer can be treated; here is some of the latest news on this research. 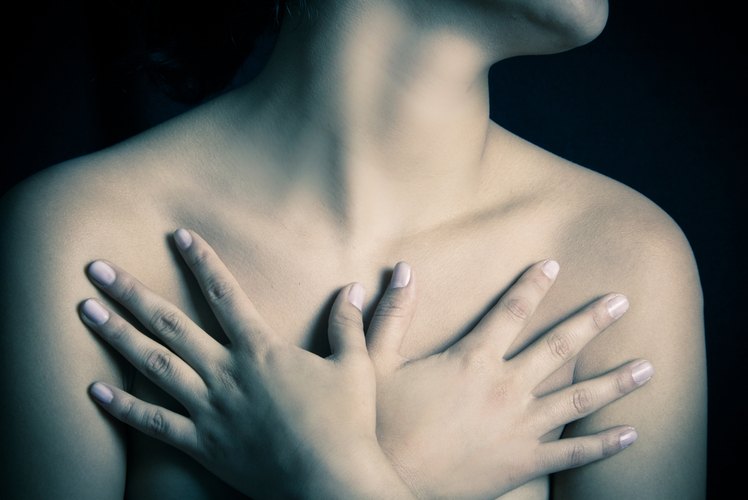 About 80% of breast cancer cases are estrogen receptor-positive (ER-positive) breast cancer. As ER-positive breast cancer is fuelled by estrogen activity, it is usually treated by using tamoxifen - to block estrogenic effects - or aromatase inhibitors to halt estrogen's production.
Either drug can still be taken each day for 5 years once the cancer is gone. This is useful for reducing the likelihood of recurrence; tamoxifen, for example, lowers it by nearly a third in the 5 years post-treatment. However, this likelihood could be slashed further if the medication is taken over an even lengthier period of time, recent research has revealed.

Researchers from the Early Breast Cancer Trialists' Collaborative Group (EBCTCG) have analyzed data from 88 clinical trials - including of 62,923 women with ER-positive breast cancer. As written in the New England Journal of Medicine, many of the women who spent 5 years in therapy after becoming cancer-free were found to see their cancer spread elsewhere in their body during the next 15 years.
The larger the original cancer's size and higher the number of lymph nodes it affected, the greater the risk of recurrence. Senior study author Dr. Daniel F. Hayes told Medical News Today that these findings will feed into treatment advice given to women whose ER-positive tumors are more aggressive.

Mad about the soy: how this protein could ward off breast cancer

Health benefits of some soy components have been well vouched-for and include relief from acute menopausal symptoms like hot flashes. Often fundamental to these benefits have been isoflavones; these plant-derived compounds can, once ingested, influence estrogen receptors.

It has been thought that soy-derived isoflavones could reduce instances of breast cancer recurring. New research from the University of Arizona Cancer Center in Tucson has studied how one soy isoflavone - genistein - could stop breast cancer tumors developing.

In healthy bodies, the gene BRCA1 can suppress the emergence of cancerous tumors. However, BRCA1 can malfunction when affected by the aromatic hydrogen receptor. AhR, as this protein is otherwise called, is activated by such environmental carcinogenic factors as tobacco smoke.

When BRCA1 is made "silent" by AhR, the gene can no longer suppress tumors. However, genistein has been identified as the soy element that could be especially influential on "unsilencing" BRCA1. Therefore, with BRCA1 renewed in its tumor-suppressing efforts, it could help treat cancer tumors.

As reported in the journal Current Developments in Nutrition, the researchers reached this conclusion about genistein after carrying out in vitro experiments with cancer cells sourced from human breast tumors. Dr. Donato F. Romagnolo and the other researchers also indicated their plan to attempt to replicate the results in further experiments in vitro that instead use mice.

They also revealed their hope that, should those studies succeed, the researchers would be capable of progressing to clinical trials involving humans. The researchers also sought to better understand how specific amounts of particular soy foods could further help prevent cancer.

Most forms of breast cancer test positive for at least estrogen receptor, progesterone receptor, or genes promoting the HER2 protein's production. However, triple-negative breast cancer is so-called as it tests negative for all three of those receptors.

This hampers how easily the cancer can be treated. Nonetheless, there is some hope for a new, more effective means of treating this cancer - and it's due to a study from Germany's University of Freiburg. Research teams led by Dr. Jochen Maurer and Dr. Roland Schüle have, through experiments with cancer stem-like cells, created a novel inhibitor for KDM4, an epigenetic regulator.

As revealed in the journal Cancer Research, the teams succeeded in isolating cancer stem-like cells - which encourage cancerous growth - from human breast cancer tumors. The researchers then closely studied how these cells help fuel cancerous activity.

After Dr. Maurer's team developed an in vitro model of cells similar to cancer stem-like ones extracted from triple-negative breast cancer tumors, this model was used to test various epigenetic inhibitors. QC6352, one freshly developed inhibitor of KDM4, was found to be capable of reducing how prone the cells were to promoting cancer.

The researchers told Medical News Daily: "We could show that the ability to form colonies was strongly impaired in [breast cancer stem cells] treated with QC6352. Also tumors from [these cells] showed dramatically diminished growth when treated with QC6352."

"Without the ability to self-renew, the cells cannot expand the tumor tissue and since their offspring, the fast-proliferating cells, are susceptible to chemotherapy a combination therapy of QC6352 and chemotherapy might eradicate both cell types, cancer stem and cancer non-stem cells," they added.

Comment on The latest information on breast cancer treatment